In its past life, our G served as a fire truck in Switzerland, where it had also received an extension of approx. 40 cm made by the company "Binz". This extension of the tail makes the vehicle unique, but is both, a blessing and a curse to us. A blessing due to the space gained in the interior, a curse because this body part was particularly affected by rust.

After its "retirement" at the Swiss fire department, the G was sold to Germany, where the pop-up top was added. The car’s previous adventures are not known to us. Plenty of orange sand, which we had found under the floor plate and in almost every niche of the interior, however, led us to the assumption, that it must had crossed a desert. 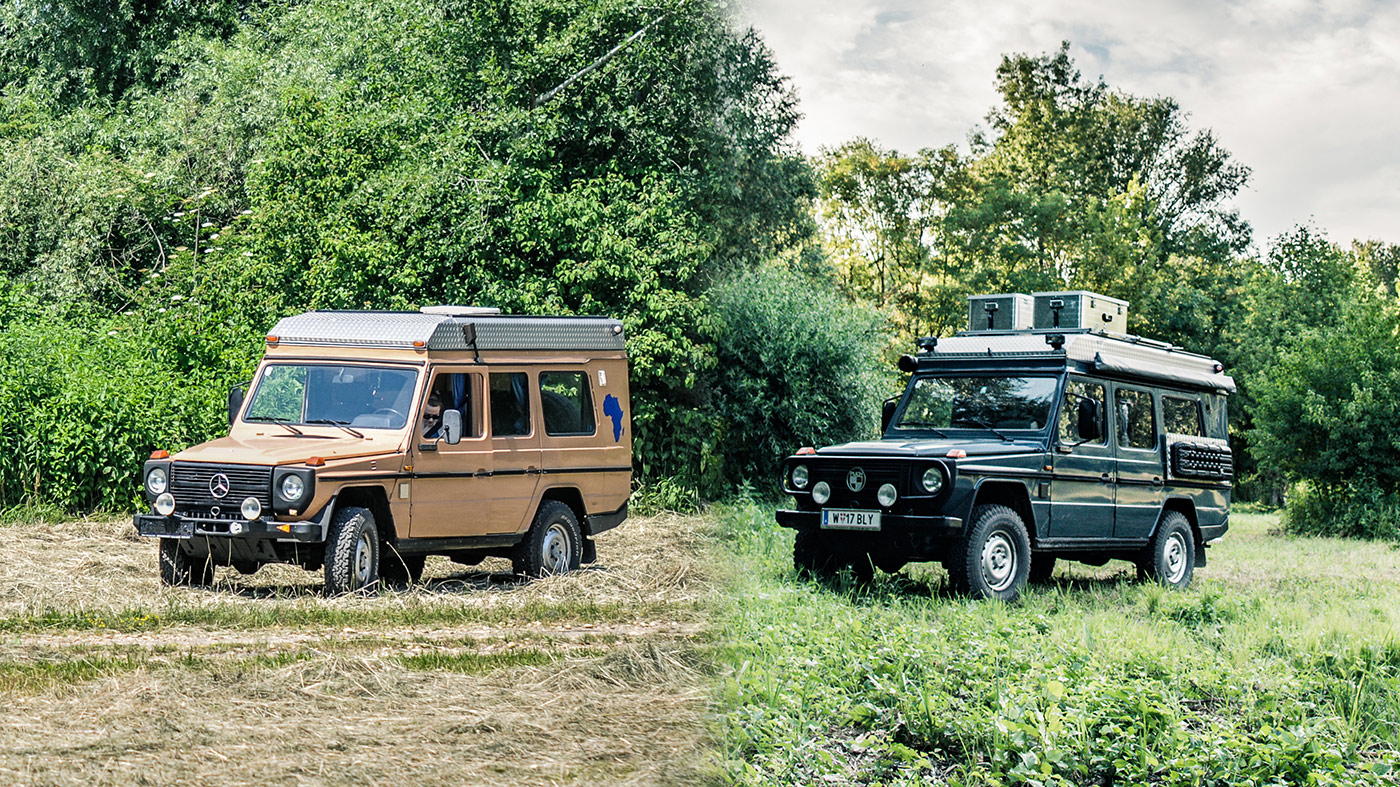 Now and then. The car has changed its appearance after we bought it in 2015.

Further it is unknown how many kilometers the G actually has on the clock. At the time of purchase, the odometer indicated only 89.000 km. Would have been too good. In fact, the counter of the G-class with year of construction 1984 allows only for five digits. We therefore assume that at least a 1, or maybe even a 2 or a 3 has to be prefixed to the 89.000 km. Nevertheless, it is not yet time for the car to clock off. It is supposed to drive us a few more hundred thousands kilometers around the world instead.

Like many others traveling on four wheels, we wanted to give our car a name. Not only to relate the car to the G-Class, but also with the purpose to establish a connection to its previous life as a fire engine, we intended to call our vehicle "Grisu". As children, we were both enthusiastically watching the cartoon adventures of the little fire-breathing dragon named "Grisu", who wanted to become a firefighter. But we have to admit that in everyday life we never use this name, instead we simply call our car quite pragmatically (but not less lovingly) "the G". For us, the G stands for the German word "Gefährte", which means companion.

Which brand our vehicle is, causes some confusion from time to time. Our G does not carry the star of Mercedes, instead the Puch emblem decorates its engine hood. The G-Class is built by Mercedes together with Steyr-Daimler-Puch (today: Magna Steyr) in Styria in Austria. Until the year 2000, it was either delivered as "Mercedes G" or "Puch G", depending on the country of export. In Austria, the G-model was long time sold under the brand name "Puch G". Hence, the vehicle was known to us only as "Puch G", which is why we took off the Mercedes star and reconverted it into a Puch.