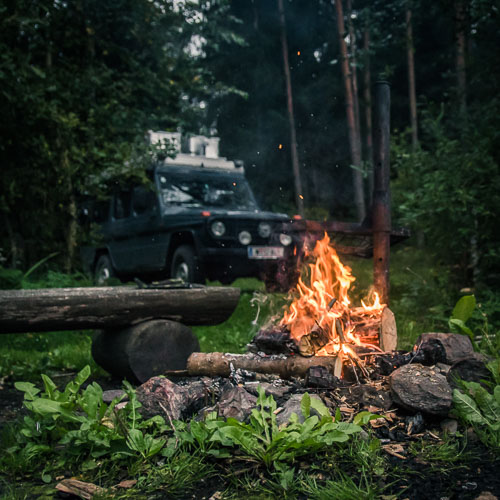 The three Baltic countries are in culture and language similar but not identical.

In every country we visit, we catch a few words of the national language. In the Baltics it was the word for milk. Although each of the three Baltic countries has its own expression for it (Lithuanian "Pienas", Latvian "Piens" and Estonian "Piim"), the similarities are undeniable. In our opinion, the same applies with the countries themselves.

The three Baltic states of Lithuania, Latvia and Estonia do not only have their Soviet past in common, but also the impressive Baltic Sea coast with milelong sandy beaches and a heartand with thick forests (especially pines, spruces and birches) in which a variety of berries and mushrooms grow.

Collecting the fruits of the forest

Lonely parked cars along country roads and the sight of stooping people at the edge of the forest are a familiar sight in the Baltic States. 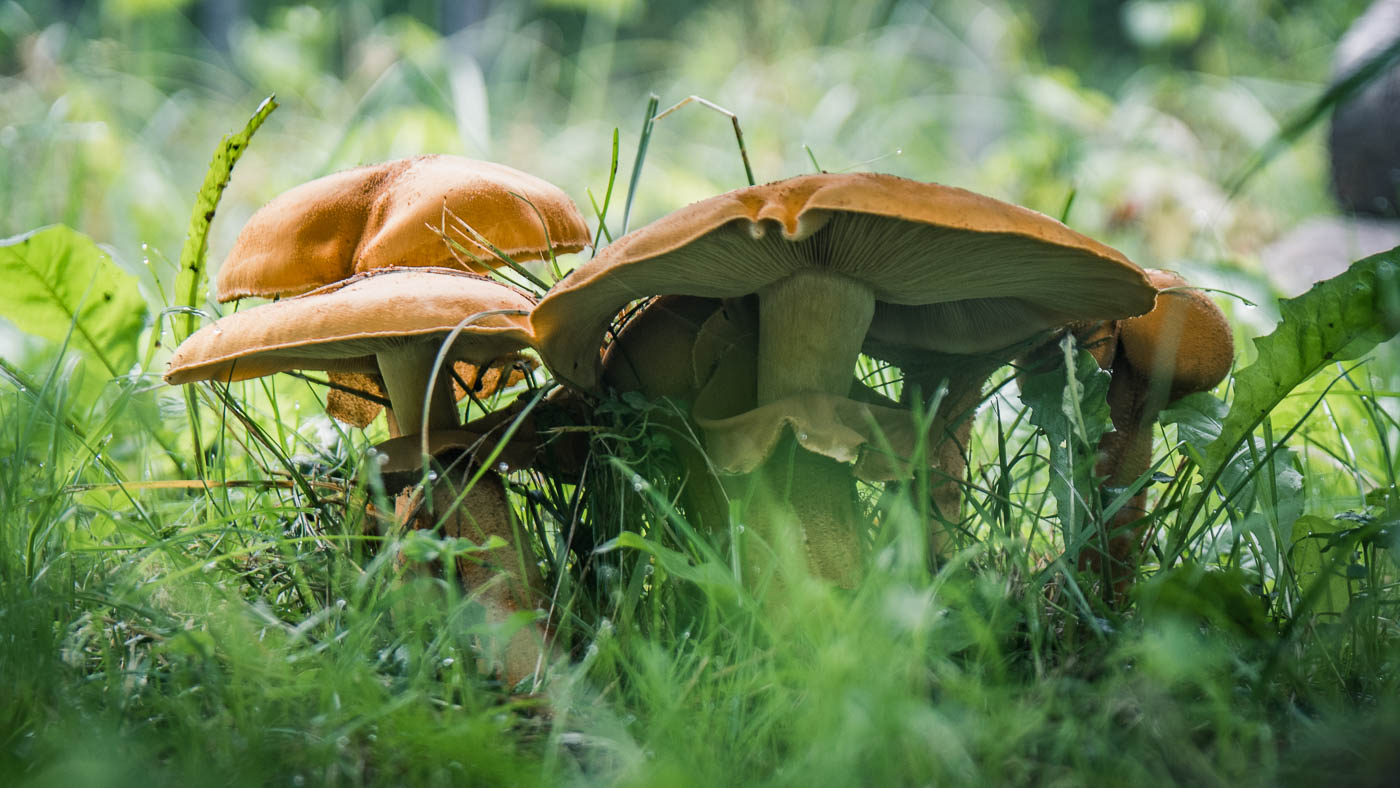 Mushrooms can be found everywhere.

Many inhabitants are diligent collectors of mushrooms and berries, of which the native woods offer more than enough. And those who can not or do not want to pick them on their own, simply buy the fruits of the forest from one of the countless small stalls that can be found every hundred meters on the roadside.

Since our inexperienced eyes were only able to identify chanterelles and blueberries as eatable, we decided to better keep our hands off the forest buffet.

Estonia, Latvia and Lithuania also have a rich deposit of amber, the “gold of the north”, but our casual search for the yellow gemstone on the beaches was unsuccessful.

The forest and us

In none of the three Baltic countries it was a difficulty finding a suitable spot to stay for the night. Usually you just have to trustfully follow the small paths leading into the woods. 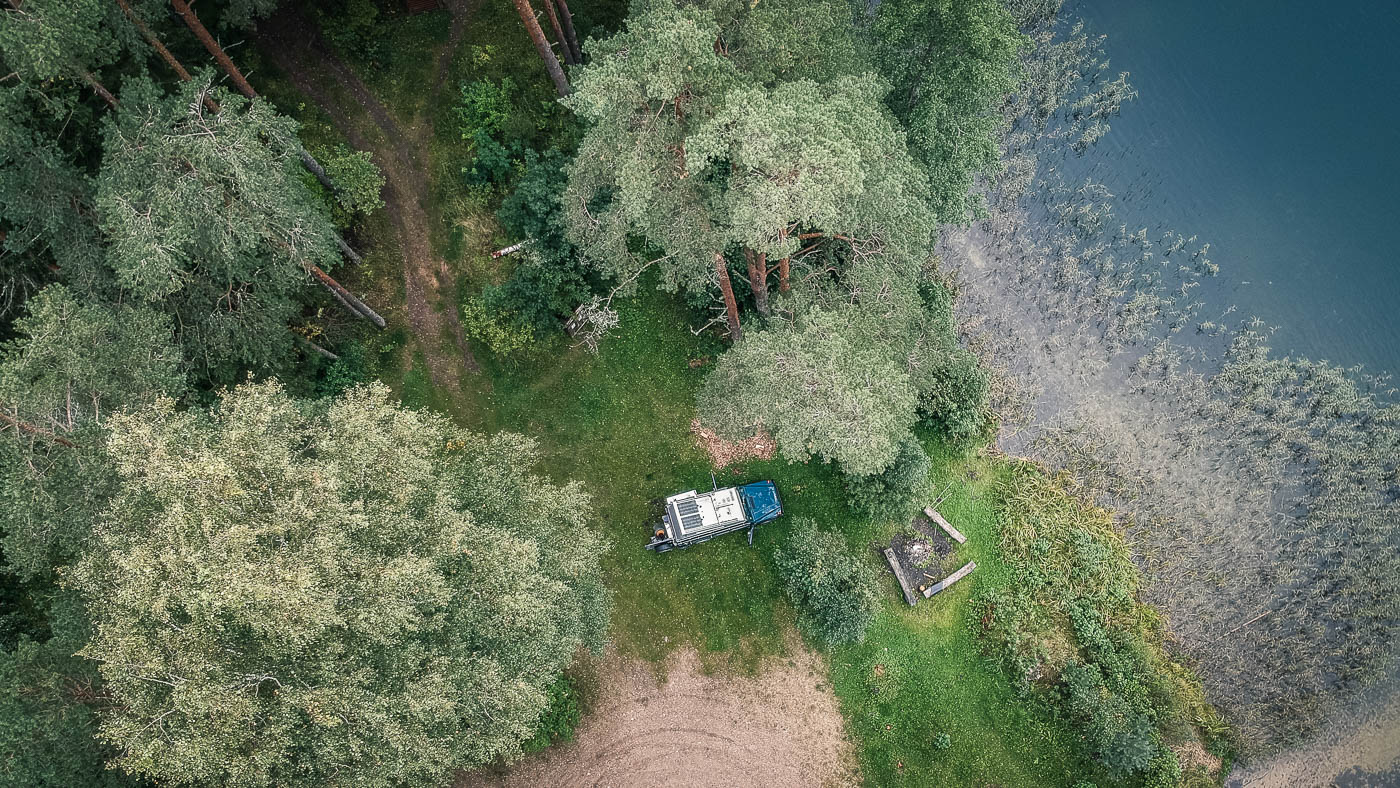 Such beautiful places at the lake and in the forest were surprisingly easy to find.

We often took advantage of information boards set up by the national park`s administration and on which designated places for wild campers were listed. Most of these spots had a fireplace, which was always an invitation to us to kindle a campfire. While eating and drinking at the fire we frequently noticed foxes sneaking past us. From time to time, when leaving the car for a nightly “toilet visit”, we had been watched from the distance by glowing eyes of which we hoped that they just belonged to the harmless foxes. We will never know who was really watching us.

The further north we arrived in the Baltics, the more expensive food and diesel got. While prices in Lithuania and Latvia were barely different from those in Poland, the costs of everyday items in Estonia were already oriented towards the price level in Finland.

In general, we had the impression that in Lithuania and Latvia the Russian influence is stil more present than in Estonia, which felt already very "Scandinavian".

The Baltic States have not become a popular destination for no reason. With its national parks it is a paradise for those who like to roam through the woods on soft mossy ground and who enjoy to spend the night in the wild.

We gained plenty of unforgettable impressions of this region during our three-week journey. Nevertheless, we have the feeling that we have not entirely explored these relatively small countries and that there is still more to discover. Which is why we decided to pay them sooner or later another visit.