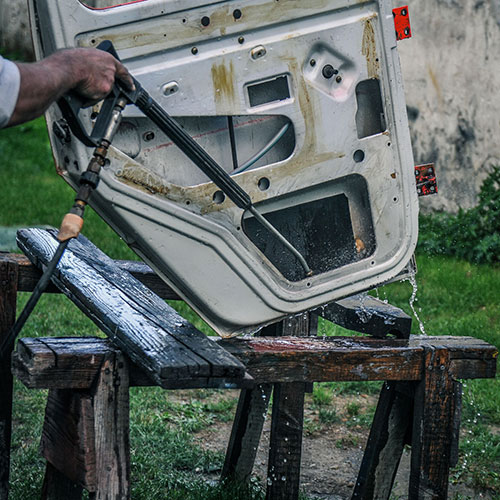 We can just guess how many times the car's doors had been opened and closed in the course of its more than 30 years of existence. But it was obvious, that they would require a reconditioning.

All door frames of our automobile got new seals in the course of the restoration, since the old ones had been either damaged or had become porous. In addition, we completely dismantled the inside of the doors, i.e., all locking devices have been removed, reconditioned (cleaned, oiled) and afterwards reinstalled. At the same time, all pieces of vapor barrier behind the panel were renewed.

With the placement of furniture in front of both back doors, an entry into the car there was no longer foreseen. Behind the driver's seat the cooler, behind the co-driver seat our "bathroom" with shelves for water canisters were placed.  Since both are (more or less) accessible only from the outside, the opening angle of the doors (63 degrees) had proved to be in need for improvement.

With instructions from the internet, the two doors can now be opened in a 90-degree-angle, which became possible by extending the door check straps. Thanks to Ernst, for accepting this challenge and the effortless accomplishment. The enlargement of the opening angle is an invaluable asset which we truly appreciate.

The non-existent window glass of the rear door on the right side was newly purchased and inserted.  All rear windows got a black film for sun blocking and to increase privacy inside the car.  According to our taste, the film could have been a little bit more opaque. Therefore, we additionally sewed sun screens and curtains to protect the inside from prying eyes. 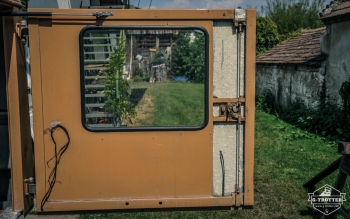 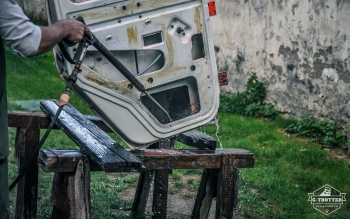 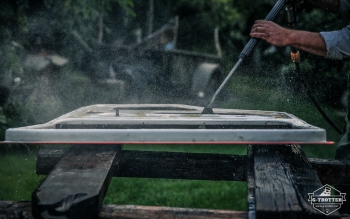 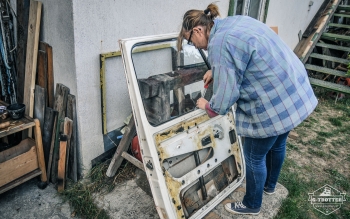 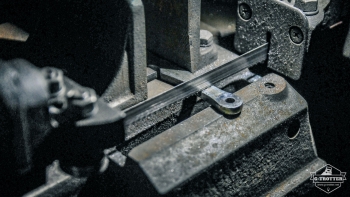 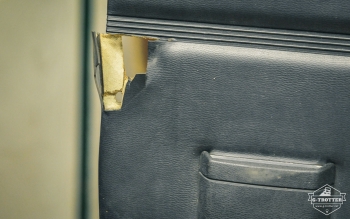 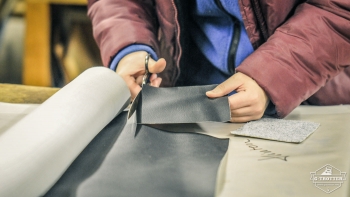 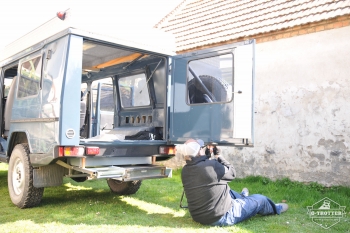 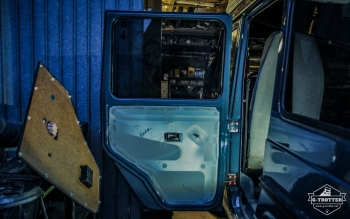 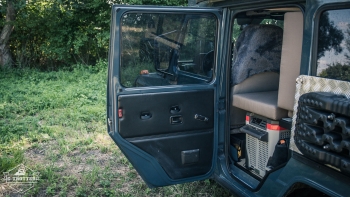 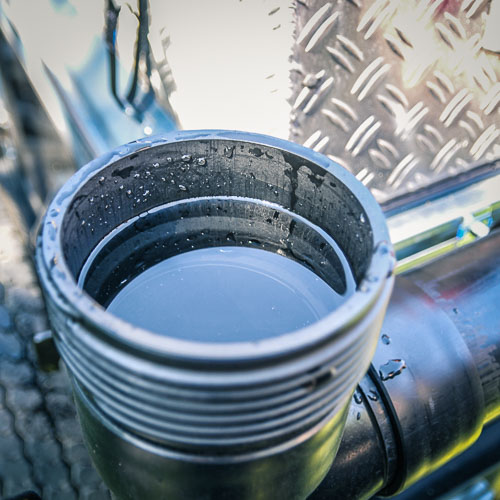 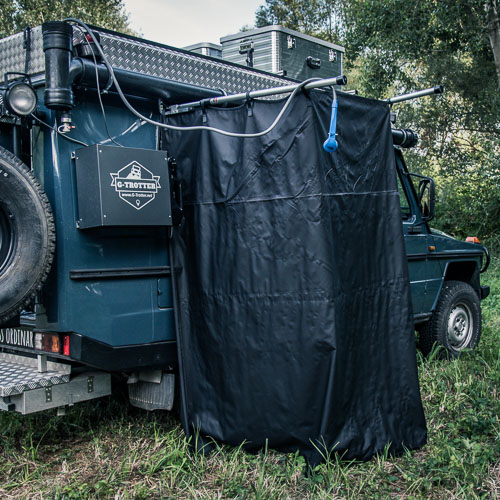 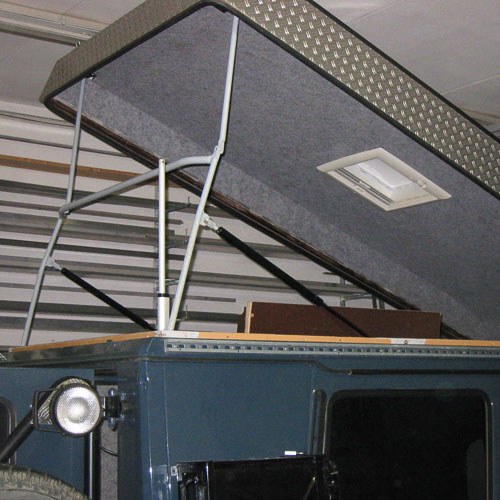 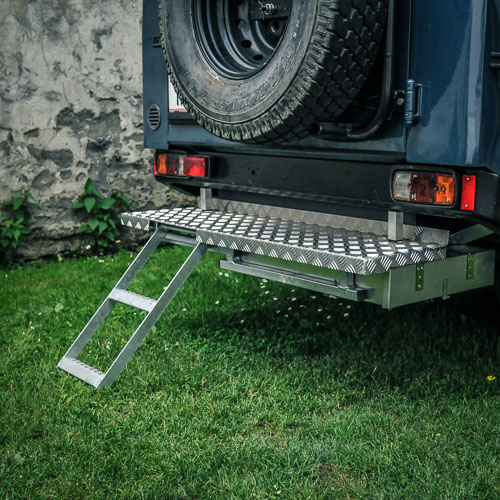 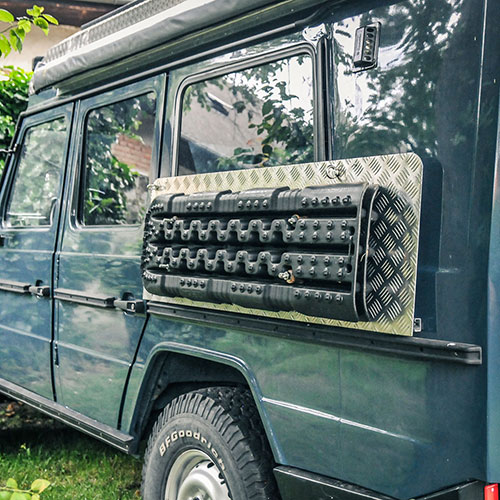